Ramacrisna is Cleide’s second home. She is an employee of the Institute and coordinates the library. More than a job, she found friends and support for the education of her three children.

Today, Cleide is about to graduate in Portuguese and dreams of applying all her knowledge to the Institute’s students. Know this story of gratitude.

This is how Cleide defines the Institute. For her, Ramacrisna represents personal and professional growth. This is because it was because of her work that the she was able to take college and other qualification courses.

In addition, working at the Institute allowed her to travel around Brazil, meet new technologies and people.

“Everything I know today, both personally and professionally, was because of Ramacrisna. The Institute gave me this opportunity, which no one else in my family had”, says Cleide.

For her, the Institute also represents a possibility and interaction with special people. “It was because I work here and have incredible colleagues, who are true friends, that I had the courage to face the great battles I’ve been through until today. Because I know that here I had someone to count on“, she declares.

Cleide also claims that she saw a mother’s love in the Institute’s vice president, Solange Bottaro. And, today, she is a counselor in personal and professional life.

In addition, she, who is divorced and the mother of three children, also found her home in Ramacrisna. Therefore, express your gratitude daily.

“The Institute is a place that I bless every day, because I know that this is where I will do everything I want in my life and in my children’s lives” 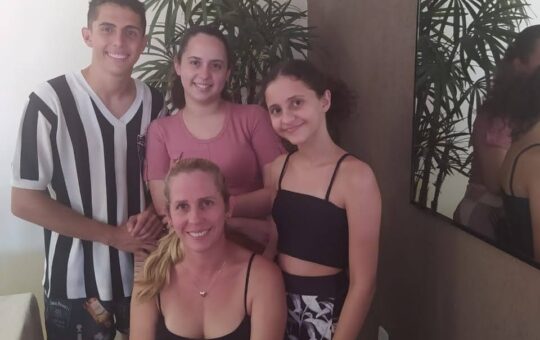 To guarantee a better future for her children, Cleide insists that they participate in the activities of Ramacrisna.

The three were part of the Ramacrisna Educational Support Center (CAER). Renato, the oldest, participated in workshops, sports, crafts and computer classes.

Afterwards, he attended the Youth of the Future course. For this reason, he was selected by a company to be a young apprentice and had the opportunity to work at Antenados Produtora. In this passage, he gained a lot of experience and discovered a willingness for producing content for the youtube channel.

In addition, he had the opportunity to study English at the Institute, which awakened the desire to continue learning the language.

The middle daughter, Ana Luísa, also had the opportunity to work as an apprentice teenager. But, as it was during the pandemic, she did not have the same experience as her brother. Even so, going through the project brought many benefits.

“She was very happy to have passed and the training course added a lot to her life. Before, she was a very shy girl, but during the presentations at work, she showed a lot of progress and became more open“, says the mother.

The youngest, Yasmin, is 13 years old and is still a student at CAER. Before the pandemic, the girl participated in workshops and classes on the musical instrument drums. The activity was suspended during the pandemic, but she plans to return when classes resume.

Cleide speaks with great pride of the children’s participation and plans for them to continue benefiting from Ramacrisna. “All of them will still use the Institute’s space a lot. For them it was fundamental. It’s about showing the possibilities for the child and opening up a range of possibilities that I want them to always take advantage of”, she plans.

Plans for the future

On the eve of graduation from college, Cleide is already making plans for graduate: to be at Ramacrisna and doing an even better job.

For her, this will be possible when she can apply what she learned in her undergraduate course to the library‘s daily life. In addition, she dreams of continuing to improve the lives of students and seeing the space full of children again.

As a mother, she also has dreams for her children: “may they have professional experience and a work place as wonderful as I found it: the Ramacrisna“, she concludes.

Transforming lives and families. That is the aim of Ramacrisna. And we need you to continue this task. Know how to help. 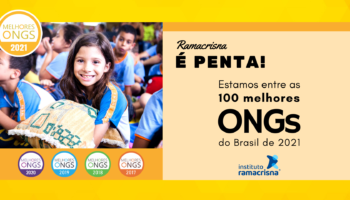 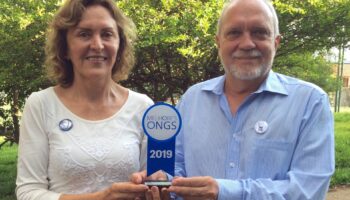 Investments in communication bring returns in visibility and partnerships. Having transparent management is the first step in an organization’s growth. 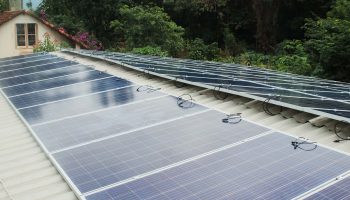 The Ramacrisna Institute will inaugurate, this Wednesday (12/01), at 10 am, a photovoltaic power plant […]