Professor Arlindo Corrêa da Silva Library was named in honor of the Ramacrisna’s founder. It has a collection of children’s and adult literature books and more than nine thousand cataloged works. The space, which has 194 m², serves all students and employees of the Ramacrisna Institute, as well as the neighboring communities.

In March 2015, the project’s library was selected to be sponsored by the National Library Foundation, linked to the Ministry of Culture and the National System of Public Libraries; thus, the whole space could be renovated with sustainable furniture, made with wooden pallets.

In addition, the library was entirely customized by members of the Institute. The children from the Ramacrisna Educational Support Center (CAER) made paper drawings, an Antenados’ group customized cabinets and shelves by reusing comic books, and the Futurarte’s artisans contributed creating some art with the fabric leftovers. Now the space, which became more cheerful, colorful and sustainable, bears the face of the public that usually uses it.


Since 2017, the Library has been supported by Itaú Social Foundation and adopted the program “Pleasure to read” [“Prazer em ler”] ( PPL) through the National Network of Community Libraries.

In 2020, with the support of the Dorina Nowill Foundation, the library begun to create a new place to accommodate a Braille collection and audiobooks to serve readers with disabilities.

Through the “Read for a child” [“Leia para uma criança”] program, also developed with the Itaú Social Foundation support,  three thousand books were distributed in the cities of Betim, Juatuba and Esmeraldas.

The main feature of the Ramacrisna Library is that it does not remain limited to walls, because  it has several projects to encourage roaming readings. Besides, the use of the library’s entire space makes it possible to practice reading in a pleasant and comfortable ways, in its gardens, on the lawns, at the kiosks and under the trees.

In 2020, the library created the Ludoteca to develop playful activities using modern Board Games, while stimulating different skills and providing socialization and interaction. 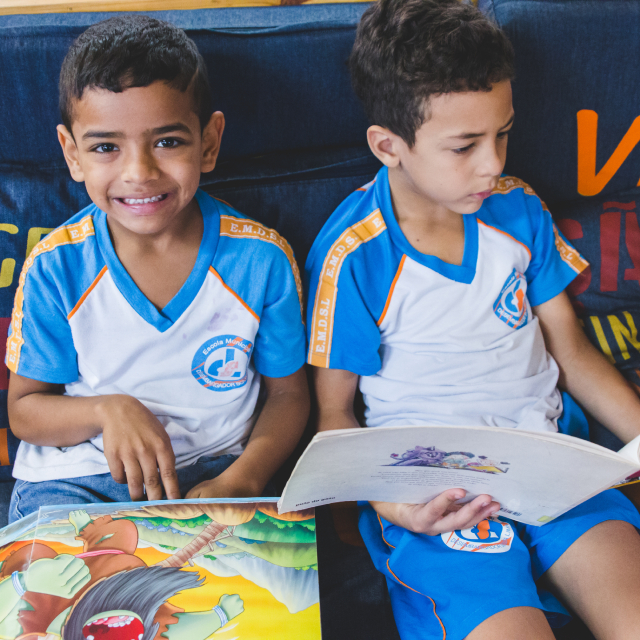 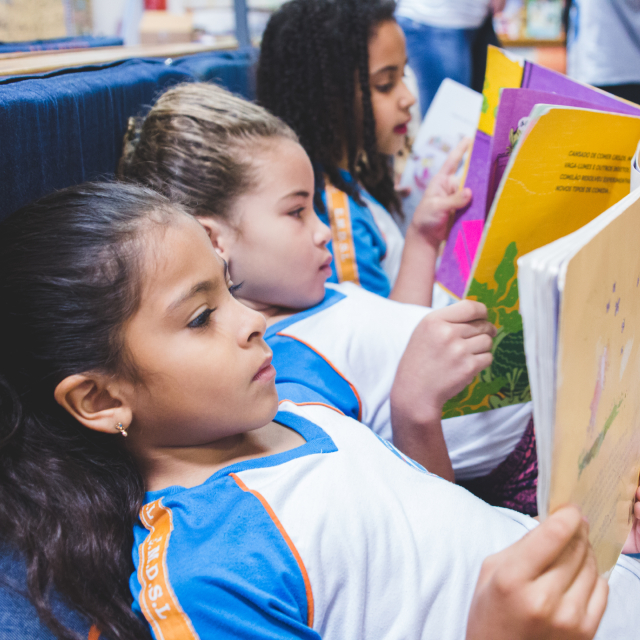 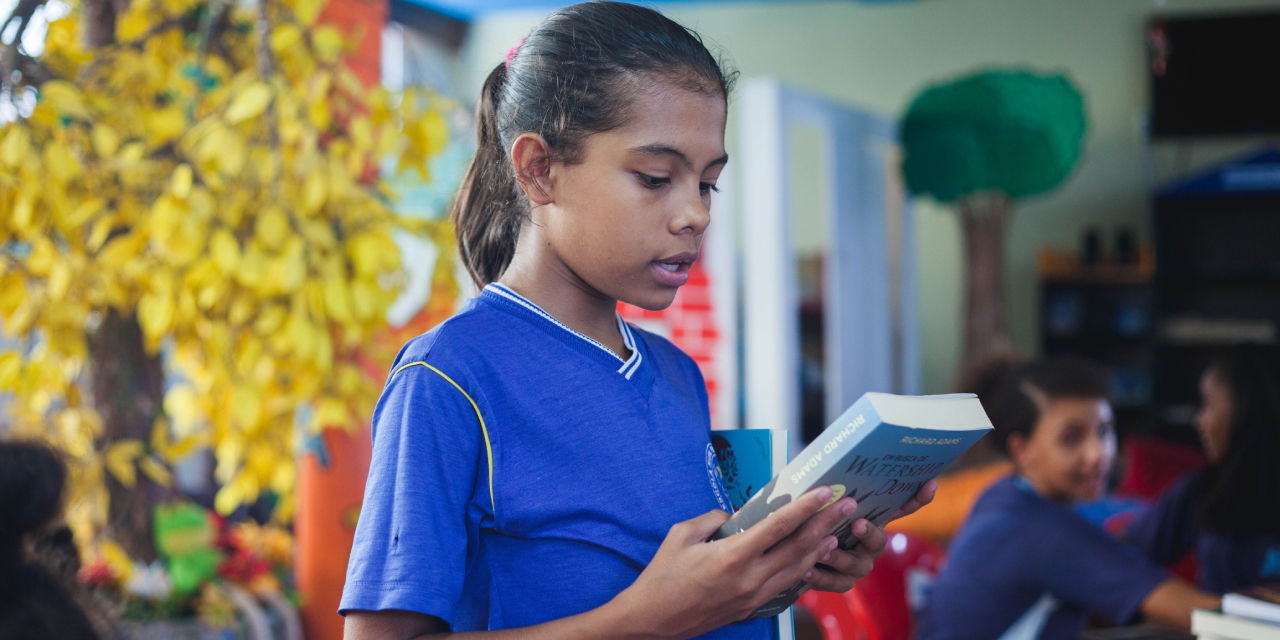 The project seeks to encourage reading in institutions that do not have any text collections, such as public schools, community day care centers, basic health units, etc.

The Reading Bag can accommodate approximately 40 books and it becomes an “exhibitor shelf” when opened, since most organizations served by it do not have an adequate space for displaying the books.

The delivery of the suitcase is followed by a party and a theatrical performance based on the Reading Bag books, which are monthly renewed.

In 2013 this idea was recognized as the Best Reading Incentive Project in Brazil by the National Book Foundation for Children and Young People.

In 2018, the Reading Bag was elected by popular vote as one of the 12 best initiatives in the Leitura do Bem contest held by Alterosa TV and by the Estado de Minas newspaper, in partnership with Leia Bookstore.

In 2018, through the project Rota do Saber, 71 reading bags were distributed in Betim, being 69 to municipal schools, one to the Municipal Education Department and one to the Reference and Support Center for Inclusive Education (CRAEI). In all, 2.840 books were donated, benefiting 41.000 students.

In 2019, the library’s project, Alegria de Ler, was selected to participate in the TV program Criança Esperança, which is a partnership between UNICEF and TV Globo network. At the occasion 16 reading bags were distributed to 5 nurseries and 11 schools in Betim, Juatuba, Mateus Leme and Esmeraldas. In addition to that, 960 books were donated, benefiting 5.627 students.

Knowing that students have little contact with books and are not used to read in their family environment and, consequently, tend to present learning difficulties at school, the Institute has developed an activity to engage the whole family. The participants receive a bag made of recycled material to transport the book safely to their house. The books can suit everyone: mother, father, siblings, etc. The readers are free to choose their own books from the shelf and can keep them for a week.