The Instituto Ramacrisna, from the city of Betim, in the Metropolitan Region of Belo Horizonte, won, on June 7, the 2022 Brazil ODS Strategy Award, during the event “The Future we want” held in São Paulo. After competing, in the Civil Society Organization category, with organizations from all over the country, Ramacrisna was among the 10 best in Brazil and the only one in Minas Gerais. It was awarded the “Promovendo Vidas” Project, which has practices aligned with the Sustainable Development Goals – SDGs, including the commitments to Eradicate Poverty, Reduce Inequalities, promote Quality Education, Gender Equality and Decent Work and Growth Economical, among others.

The award is organized by the SDG Strategy Network, whose partners are the European Union, Fundação Abrinq, Fundação Getúlio Vargas, GIFE, AVINA, Instituto Ethos, Global Pact Rede Brasil, Agenda Pública, Programa Cidades Sustentáveis ​​and Frente Nacional de Mayores, partners which bring together representatives of civil society, the private sector, local governments and academia and aim to broaden and qualify the debate on the Sustainable Development goals in Brazil, compiled in the 2030 Agenda. The Instituto Ramacrisna is one of the affiliated organizations to the SDG Strategy Network.

The objective of the Brazil 2022 ODS Strategy Award is to recognize, value and give visibility to practices aligned with the ODS, developed by organizations affiliated to the ODS Strategy Network, which have generated transformative actions in the context of the territory where they are inserted. In addition, it also seeks to contribute to the formation of a “Bank of Successful Practices” that will serve as a reference in the implementation and dissemination of the 2030 Agenda.

For Solange Bottaro, winning the SDG Strategy Award crowns all the efforts of Instituto Ramacrisna, in its 63 years of operation, to promote sustainable development and enable a better quality of life for all, especially the most vulnerable. “With our projects and actions, Ramacrisna, which joined the SDG Strategy Network, does its part to effectively fulfill the 2030 Agenda, when we will have a country without poverty, with more innovation, quality education and more opportunities”, she highlights.

Boosting Lives, a registered and award-winning practice, refers to the Organization’s investments in qualifying the local workforce, by offering dozens of professional training courses. The courses are free and intended for young people and adults in situations of social vulnerability, generally unemployed, aged between 16 and 50 years and with a low level of education. To all participants, the Institute provides access to information and human training, contributing to their development as a person and citizen.

In 2021 alone, approximately 1833 people qualified in Ramacrisna courses, an increase of 198% over the previous year. The impact of this goes far beyond numbers. “The purpose of Ramacrisna is to transform lives, enabling the dignified insertion of those served in the job market or acting as entrepreneurs. When people are qualified and get an opportunity, they also improve the lives of their families, their communities, and, ultimately, society as a whole”, analyzes Solange Bottaro. “The proposal is creative, innovative and transformative due to the interface between the economic and the social”, he adds. 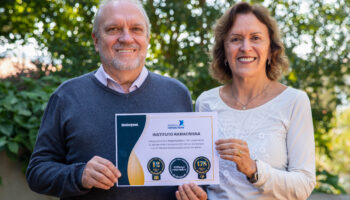 The international award was granted by Thedotgood, formerly NGO ADVISOR, the Institution was in the […] 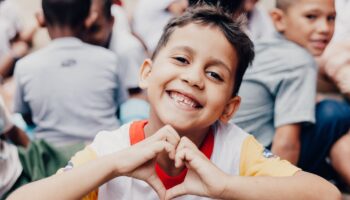 During the Institute’s anniversary, the vice president of Ramacrisna highlights the plans for 2022 and celebrates the good numbers for 2021. 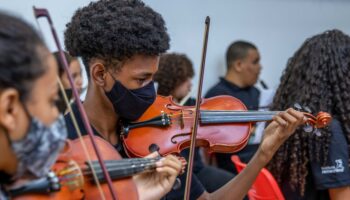 Retrospective: remember the main moments of the Ramacrisna Institute in 2021

This year was marked by the resumption of in-person events, awards and works at Ramacrisna. […]