How to promote a culture of peace and combat crime?

According to the United Nations (UN), a culture of peace is the set of values and actions that reject violence and rely on dialogue to resolve conflicts. That is, it is about offering new alternatives to the path of marginality and criminality.

The theme appears in Sustainable Development Goal number 16: “peace, justice and effective institutions”. The idea is to promote more peaceful and inclusive societies, providing sustainable development for all members of a community.

Among the goals set by the UN are the reduction of all forms of violence and related death rates everywhere.

To achieve a culture of peace, society as a whole needs to work together. At the Ramacrisna Institute, actions play a fundamental role in combating and reducing crime, bringing new horizons to thousands of young people.

The region, previously heavily affected by drug trafficking, found in the Institute a powerful tool for the culture of peace. Learn more below.

The first action that Ramacrisna’s vice-president, Solange Bottaro, highlights is Discover! – Minas Gerais Learning Incentive Program. The project is a partnership between 11 federal and Minas Gerais agencies and institutions, among them, Ramacrisna.

The initiative promotes access for young people aged between 14 and 21 who are in compliance with socio-educational measures or graduates from apprenticeship and professional qualification programs. The project also works with adolescents in institutional care or who have been rescued from situations of child labor exploitation.

“We have several reports of young people who were drug dealers, used drugs and had no prospects for life. It was what led them to this path. The activities gave them a new purpose. The Discover project works with a more difficult audience, with boys who have already been arrested and even threatened with death. The fact that they manage to get out of this situation is very rewarding, it really changes their lives. If they weren’t in Ramacrisna, they might even be dead”, points out Solange.

In addition to the mandatory subjects, the difference is that, in the organization, these teenagers and young people are offered complementary activities such as robotics workshops, chess classes, programming classes and activities in the 3D printer. Participants also attend lectures with psychologists, social workers and former students.

Culture of peace: work since childhood Solange points out that the work of promoting a culture of peace affects all family members. “The goal is to keep young people away from drug dealers. They are families with few opportunities and a hard life. Our job is to show that marginality does not give a future and carry out a process of raising awareness for the whole family”, he explains.

Solange cites cases in which the mother was a drug dealer and made small children “little planes”, as people who deliver drugs are called. “These are more difficult cases, but not impossible”, he believes.

“Our proposal is to prevent the child from entering the world of trafficking and needing the project Find out”, he highlights. Therefore, Ramacrisna’s work begins by receiving

“It is at this age that one begins to form character and perceive other possibilities. The child does not stay on the street and does not go to traffic. In addition, she discovers other values”, she points out..

At the age of 14, young people can join the Adolescent Apprentice project, which allows them to enter the job market. “It’s the most dangerous moment, when he can succumb to marginality. But the apprentice sees the possibilities of being able to work and study”, bets.

From the age of 16, young people can enroll in one of the professional courses, finding new opportunities in the job market. “It closes a circle. When he goes through these processes, he is not caught by traffic. It’s a virtuous circle that conquers family and neighbors,” he says.

Be part of our chain of good and help promote a culture of peace. Get in touch and learn how to collaborate. 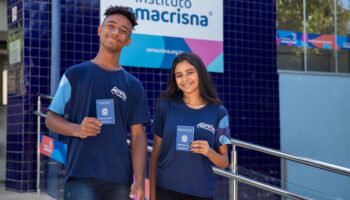 Many teenagers dream of being able to enter the job market through the apprenticeship program. […] 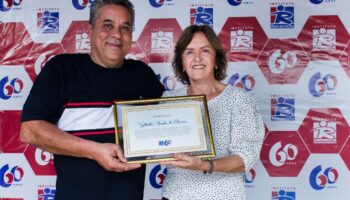 Inside Ramacrisna: know the story of Gilberto Mendes

At age 14, Gilberto joined Ramacrisna as an intern. Today, he is part of the deliberative council that directs the Instituto. 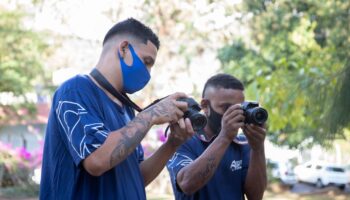 When an adolescent under 18 years of age commits an infraction, the Court determines that […]