How to empower black children?

When facing racism and discrimination, black children can suffer in physical and mental development. To combat damage, the Instituto Ramacrisna works with students, bringing knowledge and empowerment

In Brazil, there are 51 million people in childhood and adolescence. Of these, 31 million are black children, according to the United Nations International Children’s Emergency Fund, UNICEF.

in your study “Por uma infância sem racismo” (For a childhood without racism), the entity points out that 26 million Brazilian minors live in poor families, of which 17 million are black.

Furthermore, among white children, poverty reaches 32.9%; among black children, 56%. The racial inequality in poverty among children continues to remain at the same levels: a black child is 70% more likely to be poor than a white child.

The UN also addressed points on violence. According to the study carried out on the Adolescent Homicide Index, the risk of being murdered is 2.6 times higher for black adolescents compared to whites, in large and medium-sized Brazilian cities, with a population of over 100,000 inhabitants.

Finally, on the subject of sexual exploitation, the victims of this type of crime, for the most part, are adolescents between 15 and 17 years old, almost always black or indigenous.

In addition to the data addressed by UNICEF, a survey by Harvard University, in the United States, pointed out how racism has a direct impact on the physical and mental development of black children. The researchers pointed out four points of attention for black boys and girls:

1)    Body in a state of constant alert: Racism and violence within the community are among what Harvard calls “adverse childhood experiences”, causing so-called “toxic stress”. This stimulates the areas of the brain dedicated to responding to fear, anxiety and impulsive reactions, which can have effects on learning, behavior, physical and mental health;

2)    More chance of developing chronic diseases: This exposure to toxic stress is one of the factors that help explain racial differences in the incidence of chronic diseases. Illness due to experiencing racism is constant and is reflected in depression, psychological illness and high suicide rates;

3)    Disparities in health and education: With less access to the public health system, lo income and high dropout rates, the development of black children is, on average, lower than that of white children;

4)    Weakened caregivers and indirect racism: The effects of stress also extend to parents and those responsible for them and indirectly affect children again. The university points out that studies have documented how the stresses of day-to-day discrimination in parents and other caregivers, such as being associated with negative stereotypes, have harmful effects on these adults’ behavior and on their mental health.

So, it is necessary to act to empower children, allowing access to basic health, education and food services. In addition, educational actions against racism and discrimination are needed.

Ramacrisna and the empowerment of black people

One of the ways to empower black children at the Institute is through the Ramacrisna Educational Support Center (CAER). In it, boys and girls participate in leisure, sport and culture workshops, in addition to literacy activities and reinforcement in the areas of Portuguese and mathematics.

In addition, CAER provides food and school supplies for the children. To participate in the project, boys and girls must be enrolled and attend regular school.

That is, black children manage to stay in school and still overcome food insecurity and possible school delays. In addition to developing other activities after shifts, allowing parents and guardians to enter the job market and contribute to the family income.

But not only that. At CAER, instructors take themes for the social formation of children, such as the theme of racism and the fight for racial equality, self-care and self-knowledge, thus educating the next generations to combat discrimination.

At the Professor Arlindo Corrêa da Silva Library, boys and girls can learn about the trajectory of great black names in history, in addition to books with black protagonists that are inspiration for the little ones. In this way, they increase self-esteem and self-awareness.

For all ages, Ramacrisna hosted cultural activities open to the public on November 17th. Interventions with a lecture and capoeira presentation are part of the event “November Negro”, organized by the city hall of Betim. Throughout the month, actions will be carried out in various parts of the city, with the motto “Equality, solidarity and respect”.

Outside childhood, Ramacrisna also works for the inclusion of black people. This is the case of the Adolescent Apprentice program and the professionalization courses that provide more opportunities for young people and adults to enter the job market.

Be a supporter of projects that empower black people. Discover our projects and make your donation. 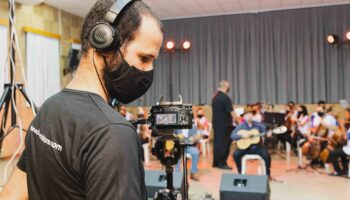 When hiring a video production company, what do you take into account? At Antenados, in […] 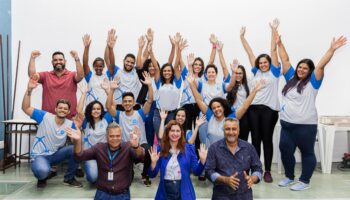 Encouraging entrepreneurship is one of the main tools for promoting social inclusion. In addition to […] 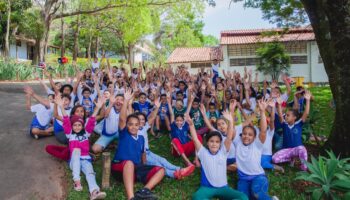 How to promote a culture of peace and combat crime?

According to the United Nations (UN), a culture of peace is the set of values […]